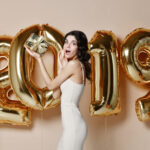 2019 is here and these myths still stand the test of time.

Obesity, as we know and as you have been told, has become a major issue in the United States, to the extent that even government legislators have gotten into the act with their own ways to control it and combat it.

The relationship between obesity and erectile dysfunction may not be a direct one, but it is not difficult to establish a connection. People who are obese can develop conditions that affect the flow of blood. For example, the possibility of diabetes is increased, as is the incidence of high blood pressure. Anyone who is obese is at more of a risk for heart disease than someone who isn’t.

If all of this is unchecked, there is a good chance that one could be afflicted with erectile dysfunction (ED), which is much more common than many people can really imagine.

So if obesity is a problem for you, understand that the problem could be compounded, very easily.

If you feel you might be at risk, don’t wait for miracles to happen. Call BMG toll-free at 1-888-740-5170. Their network of independent physicians is quite expansive, with 21 locations nationwide.

Don’t run away from your problem; attack it head-on, with the help of the people at Boston Medical Group!

New studies have shown a balanced diet rich in fruit and vegetable intake can lead to increased longevity in sexual performance.